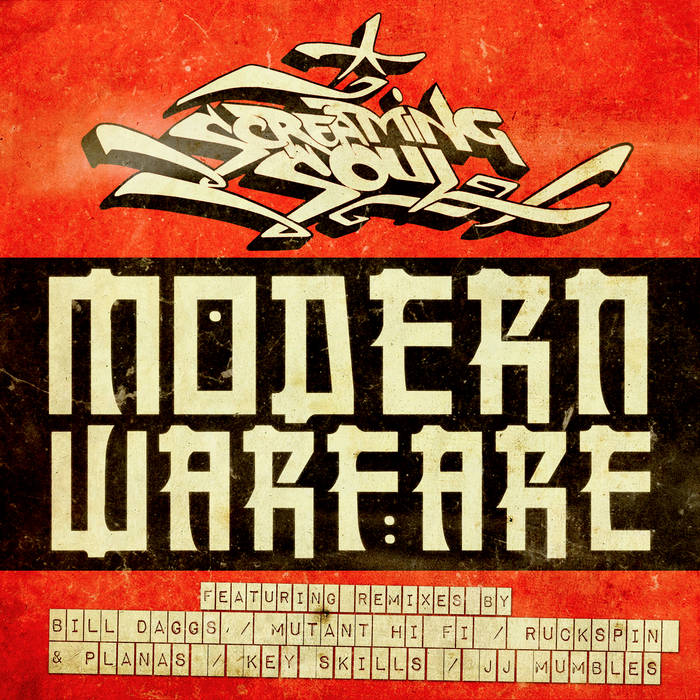 'Modern Warfare' is the second release of 2011 from Screaming Soul, a collaboration between reggae singer Ghetto Priest and rapper/producer Sandman aka Lucid Mover.

A patchwork release of remixes, 'Modern Warfare' is essentially a revamped re-release of the group's first first demo 'Warfare', which features on their debut album and was remixed by Ruckspin & Planas for Ranking Records in 2008. This EP Features both the Ranking mix and the original mix as well as Mutant Hi-Fi's 'Squatters in the Oval Office' mix taken from Screaming Soul's forthcoming sophomore album 'Ghost Inna Dub' (Feb 2012).

The EP also features two bonus tracks from Wot Not Music's JJ Mumbles who has remixed two other tracks from Screaming Soul's debut album 'Ghost in a Shell': the glitchy minimalist thump of 'Wool Ova Dem Eyes' and the eerily atmospheric 'Rusty Cage'.

Bandcamp Daily  your guide to the world of Bandcamp

Featuring Plunky of Oneness of Juju and Coldcut & the Keleketla! crew.